In the Frame - Issue 16, Market insights

At the start of the year, we published our annual Investment Themes Worth Backing document, which identified underinvestment in coals and gas as a ‘tactical’ theme to watch. The theme was based on mass global investment in the transition to renewable energy leaving fewer dollars to be spent on existing fossil fuel power sources. The war in Ukraine and resulting sanctions on Russian energy commodities has since tightened an already strained global energy market to the point of breaking.

The remainder of this piece will discuss how the theme has played out around the world.

European nations have undoubtedly been the hardest hit by the lack of oil and gas supply from Russia. Energy markets in the Eurozone were already stretched thin off the back of heightened post-pandemic demand, a drop in renewable power generation due to low wind speeds, and high coal and gas prices. Most European countries experienced record electricity prices in December 2021, with prices per megawatt-hour spiking to more than three times December 2020 levels. 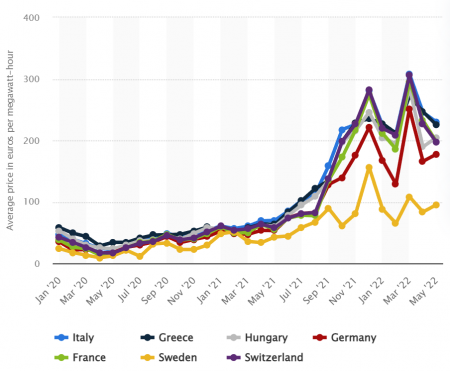 Prior to their invasion of Ukraine, Russia supplied approximately a quarter of the oil EU countries imported and 40% of all natural gas imports. Germany, Europe’s largest economy and the 4th largest economy in the world, relies on Russia for almost half its gas supply. This was to be a short term ‘fill in’ as they transitioned to renewable energy sources – Germany has pledged to have 65% of its power coming from sustainable energy sources by 2030.

With the EU planning to reduce Russian gas imports by two thirds by the end of the year, and Moscow cutting capacity on the main gas export pipeline to Berlin by 60%, Germany is in a bind. So much so, they have recently announced they are increasing coal use to reduce reliance on gas for electricity generation. It is not just Germany however – Italy is reportedly on the verge of declaring an emergency gas alert if supplies are not restored by Russia.

The United States (as the world’s largest oil and gas producer) has been somewhat sheltered from the impacts of the Russia-Ukraine war. That being said, higher oil and gas prices have placed strong upward pressure on inflation and have hit the American consumer in the hip pocket.

President Biden has dipped into the nation’s Strategic Petroleum Reserve three times since the invasion to calm raging prices. He has also published an open letter to oil producers and refiners, pleading with them to increase production and alleviate pressure on consumers. 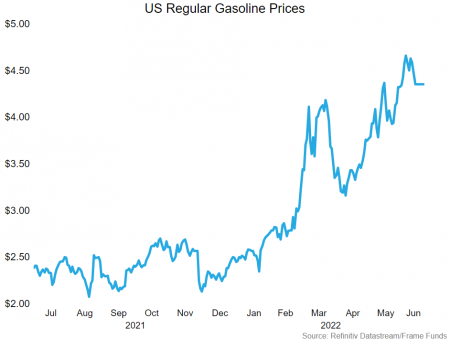 For their part, the United States oil lobby, headed by the American Petroleum Institute has made their own demands of the White House. They include easing restrictions on federal oil and gas lease sales, the speed up of permit approvals and a reduction of required climate disclosures for projects. The underlying theme from producers and refineries seems to be a reluctance to make investments in long term assets without a firm commitment from the top levels of U.S. government that they will still be needed after this crisis passes. This is as opposed to being punished with higher taxes and regulations the moment the desperate need for oil and gas passes.

The energy grid on the east coast of Australia has also come under intense pressure in recent weeks. The combination of a shortage of coal and routine maintenance closures caused prices in the spot market to spike above capped levels, causing the Australian Energy Market Operator to suspend trading. Soaring market prices for coal and gas mean those producers that are having to purchase in the open market are downgrading guidance. Origin Energy (ASX: ORG) is a prime example – their Energy Markets Underlying EBITDA is now expected to come in around $310 – $460 million, compared to the previously guided $450 – $600 million. Australian coal fired power station operators are also bringing forward closure dates for their plants as they forecast less demand for fossil fuel use in the future.

What is the net result? 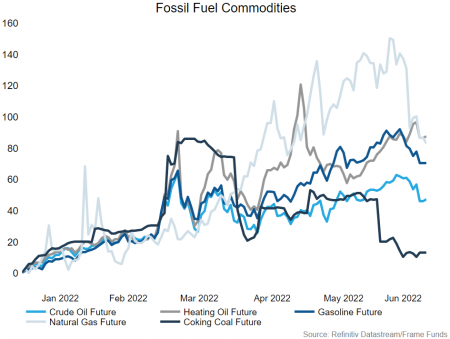 However, one thing that has been made abundantly clear is the need for a proper transition plan to renewable energy. In our view, this transition needs to be planned on a global scale, rather than every country for itself.

Is the global transition to renewable energy inevitable? Definitely.

Will fossil fuels play a key role in power generation until such a time? Unfortunately so.