2021 has been a roller coaster for markets with money flow aggressively rotating between different theme ideas.

The first half of the year saw a commodity boom, as government stimulus hit its mark and economies emerged from lockdowns with high vaccination rates.

Towards the middle of the year inflation concerns arose despite reassurance from central bankers that it was ‘transitory’. The ‘peak growth’ narrative then emerged as China began to taper and cut output.

The last few months have been dominated by inflation fears, and the new COVID-19 strain, Omicron.

In this document, we review the themes we identified at the start of the year and assess how they played out.

The global reflation trade certainly played out over 2021. Central banks around the world continued to provide record low interest rates and monetary support to markets in the form of quantitative easing.

In the United States, the Federal Reserve’s balance sheet swelled from $7.36 trillion to $8.66 trillion at the time of writing.

As we expected, the net result of these policy decisions has been a standout year for equity markets – the MSCI ACWI Index has risen approximately 15.47% year to date. Crude oil and copper have also been winners, rising 49% and 23% respectively, despite some volatility in the second half of the year. 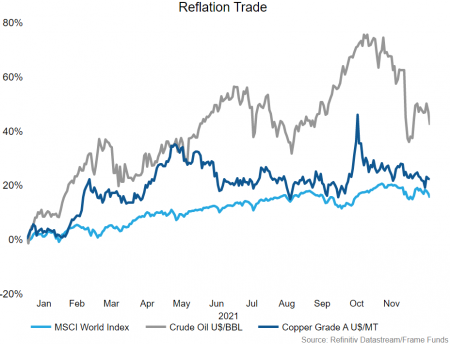 The majority of the reflation trade played out in the first half of the year before ‘peak growth’ and ‘inflation’ concerns took over. That being said it was definitely a winner for 2021.

Widespread adoption of electric vehicles continued in 2021. Sales data showed further significant growth across the globe during the year.

Sales in the first half of 2021 increased by 160% from a year earlier, now making up 26% of new vehicle sales in the global market. Battery metal companies have continued to perform strongly throughout the year, aided and abetted by increasing raw material prices. The lithium carbonate price is up more than 370% in 2021, with supply shortages only expected to worsen in 2022.

Many of the companies we noted in our ‘2021 Theme’ note have more than doubled their valuations year to date – Pilbara Minerals (ASX: PLS) is up more than 200% at the time of writing, with Lynas Rare Earths (ASX: LYC) and Allkem (ASX: AKE) both rising more than 100%. Syrah Resources (ASX: SYR) has been the laggard with ‘only’ a 30% gain for the year. 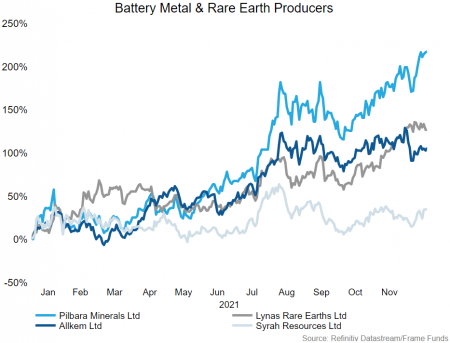 Despite significant valuation increases for companies involved, we believe this theme is still in its early stages and will continue to play out over the decade.

This theme struggled in Australia for the most part.

We saw Afterpay (ASX: APT) get acquired by Block (NYSE: SQ) in a $29 billion USD deal, however their share price is still down for the year. Online retailers like Kogan.com (ASX: KGN) and Redbubble (ASX: RBL) have also struggled as the economy reopened and people could once again shop in person.

Despite continuing to grow and acquire new businesses, cyber security companies like Tesserent (ASX: TNT) and Family Zone (ASX: FZO) have failed to continue the upwards trends in their share prices. 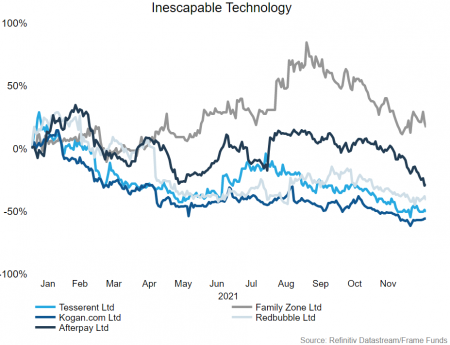 Smaller tech companies were hampered this year by fears of higher financing costs on the horizon. Despite some poor performance, high quality names and innovative ideas
remain attractive investments in 2022.

At the end of 2020 we noted that due to the extraordinary stimulus injected into economies, a spike in inflation was a real possibility. Over the course of 2021 we saw demand increase as consumers emerged from lockdowns with additional cash in their pockets. As supply chains continued to suffer from congestion and demand outstripped supply, we have seen inflation rise to levels not seen in decades.

The December US CPI reading came in at a hot 6.8% with core CPI at 4.9%, levels not seen for nearly four decades. 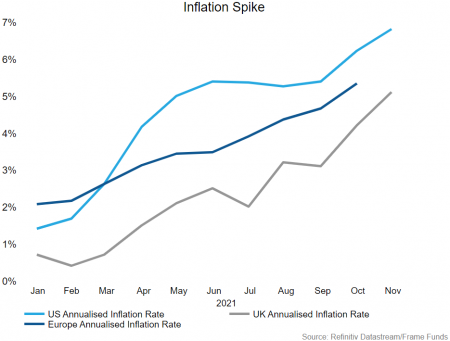 Further progress on cannabis legalisation has failed to materialise this year. As we noted in our June article ‘The cannabis theme, currently up in smoke’, many companies in the space had become vastly overvalued for their fundamentals. We have also not seen any substantial legislative progress towards the mainstreaming of cannabis.

In order to re-engage with this theme we would like to see national-level legalisation in major markets (like the United States and Europe), as well as mergers and acquisitions that create more profitable companies. 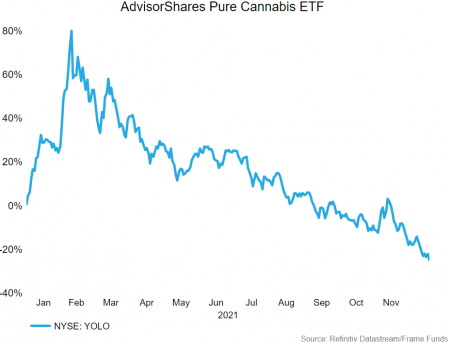 2021 has seen continued normalisation of the cryptocurrency and blockchain space.

Ethereum joined Bitcoin in having a standardised futures contract on the CME. Central banks stepped up their pursuit of digital currencies – China has already rolled out an e-renminbi (a digital version of the renminbi that can be accessed without internet, credit or bank accounts).

The US is conducting a review into the possibility of an e-dollar, while Australia, Malaysia, Singapore and South Africa are looking to implement a cross border central bank digital currency exchange program. Some countries like El Salvador have gone even further, making Bitcoin legal tender.

We expect this digital trend to continue as countries will have to keep up with the times or risk being left behind. 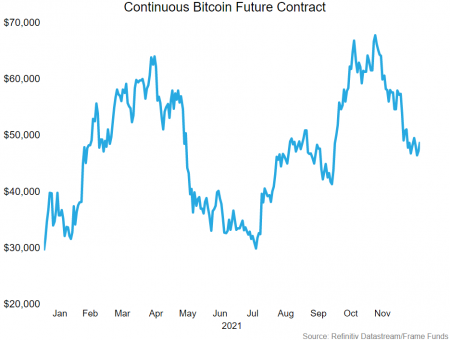 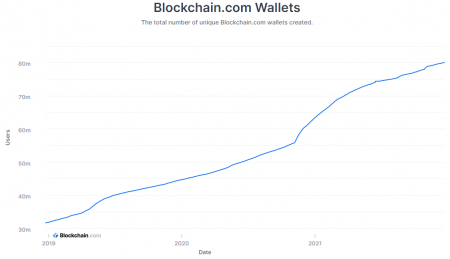 The original PDF version of this article can be found below: 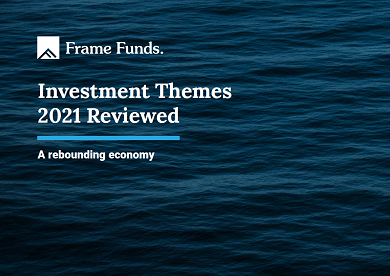