In the Frame - Issue 14, Market insights

Russia’s recent invasion of Ukraine has sent global financial markets into a tailspin. Volatility in commodity, currency, fixed income, and equity markets has expanded, which has increased risk for all market participants. The remainder of this article will explore why markets are so concerned and what a ‘worst-case’ scenario may look like.

Russia and Ukraine both play key roles in the global economy, particularly in the commodity space. Russia in particular supplies a significant proportion of the commodities required for global energy consumption. They are the world’s third-largest oil producer, the sixth-largest coal producer, and the second-largest gas producer. They provide ~40% of Europe’s gas needs. Nornickel (MCX: GMKN), a Russian mining and materials production company, produces significant amounts of palladium, platinum, copper, and nickel. When combined, Russia and Ukraine supply 29% of global wheat exports, as well as a significant percentage of corn and sunflower oil. 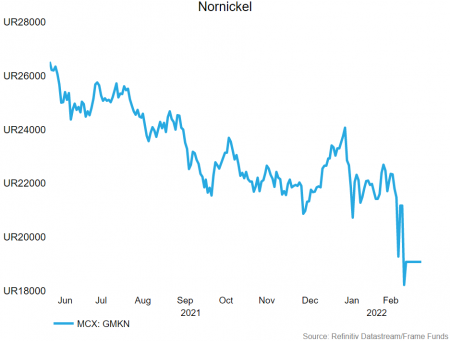 In response to the invasion of Ukraine, many countries have placed sanctions on Russia. These sanctions will impact Russia’s ability to do business on the international stage. Ukraine will also be impacted, as they focus on repelling the invasion. As a result, both nations will struggle to supply the world with these key commodities, and prices have begun to rise in response. While some Russian supply will inevitably come to market via China, the final supply to the market should be lower than it was pre-conflict. Further sanctions, penalties, and trade embargos are expected to be placed in time and will continue to impact the supply of these commodities.

As input prices rise, producer prices increase, which results in further inflation. This will come at a time where many central banks have only just begun tightening after a period of historically loose monetary policy that has fuelled already elevated prices. Further pressure on prices could mean central banks may have to be more aggressive with their tightening schedule in order to meet their respective inflation mandates.

With global trade decreasing, prices rising, and the removal of liquidity through central bank operations, a slowdown in economic growth seems inevitable. This concern of stagflation is reflected in treasury markets, where the US yield curve has experienced significant flattening. The 2s/10s spread currently* sits at 23.5 basis points, compared to 61.75 basis points a month ago. This implies a market belief that the Federal Reserve will forge ahead with aggressive tightening over the next 12-24 months, which may stifle growth in the long term. 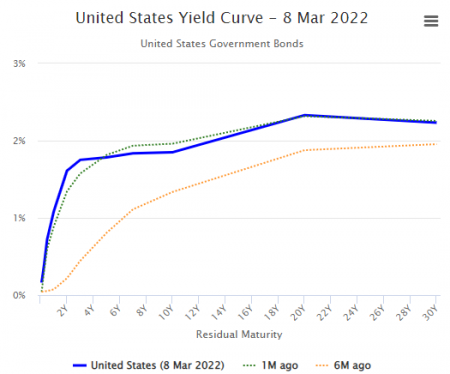 In our opinion, prior to Russia invading Ukraine, the US Federal Reserve was treading on thin ice as they attempted to increase interest rates. They are in a challenging situation where they need to increase interest rates at a fast enough pace to contain inflation, however not increase too fast that it will impact growth and cause havoc to equity and housing markets. With the recent acceleration of key producer inputs, it seems inevitable that inflation is going to continue to accelerate over the next 12 months. Equity markets will need to adjust to an environment of higher interest rates and inflation is running far above the long-run average.

All these issues point towards the increasing likelihood of a double-dip recession. As central banks tighten policy in the face of a deteriorating global economy, consumers will save more, and lines of credit for businesses will dry up. This will result in a drain of liquidity from the financial system. In particular, equity and property markets may face serious headwinds, as higher interest rates offer more attractive investment opportunities for less risk.

In our opinion, it would take equity markets some time to recover from this scenario. Inflationary pressures would have to peak then subside, and the effects of the end of ‘free money would have to ripple throughout the financial system. This could mean lower property prices and equity valuations, particularly in businesses that use excessive leverage to fund growth.

We will be carefully monitoring the situation in Ukraine for the impact it is having on input prices and consumer inflationary expectations. Sustained trade issues between Russia and the West, as well as an uptick in consumer inflation concerns, could signal an increased likelihood that a double-dip recession is around the corner.